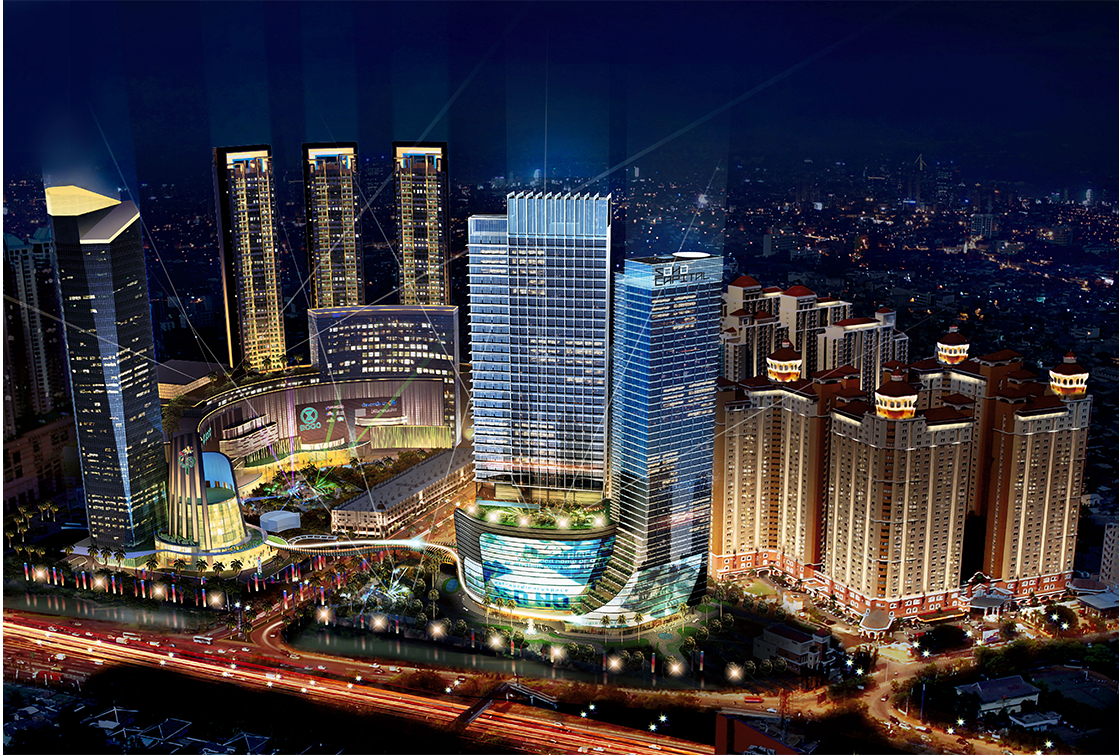 Neo Soho is a new shopping center icon by Agung Podomoro Land with an 8-storey “Store within-a-Store” concept with approximately 197,000 sqm site area and leasable area of 44,931.43 sqm, Neo Soho is a part of the Integrated Mega Projects of Podomoro City with 22 ha land area. Several world class companies participated in the mega construction of Neo Soho such as DP Architects from Singapore as the Principal Consultant, Architecture Consultant and the Interior Design Consultant, Bennitt Design Group from US as the Landscape Consultant and PT Nusa Raya Cipta as the Main Contractor. Neo Soho is connected to Central Park Mall through Eco Sky Walk, the iconic 250-m footbridge with beautiful panoramic view of the surrounding Podomoro City skyline and the underground tunnel.

Targeting the upper middle families, Neo Soho presents Extraordinary Anchor Tenants such as Informa & Informa Electronics with an area of 7,400 sqm, the 2-storey Jakarta Aquarium & Urban Safari with an area of 7,200 sqm which marks Neo Soho as the only shopping center in Indonesia with a sea aquarium & safari inside and the beloved Japanese brand, Uniqlo, with an area of 3,200 sqm. The other Anchor Tenants are ACE Hardware, The Foodhall, Open Kitchen with an area of 1,800 sqm which serves all-day dining food and beverages with a total of 23 food stalls, Rockstar Academy, and Toys Kingdom. Neo Soho also presents delightful gourmet tenants such as Common Ground, Putien, Bebek Tepi Sawah, Bornga, Gyu-Kaku, Lamian Palace, Kkuldak, Marugame Udon, Provence Bakery, Shaburi and many more.

Moreover, Neo Soho consists of 40-storey SOHO (Small Office Home Office) Tower with 615 units. SOHO is a duplex concept that can be functioned as Home, Office or both (Home and Office) and has been sold 100%. Neo SOHO will also be integrated with a 43-storey Office Tower (SOHO Capital), including High Zone and Low Zone area. High Zone area is offered as a strata title ownership and has been sold over 87%. These extraordinary projects will surely make Podomoro City as an Integrated Mega-Complex for international shopping destination.

Neo Soho was awarded by as the Best Retail Development for Indonesia in the Asia Pacific Property Awards 2017 in The Marriott Marquis, Queen’s Park Bangkok, Thailand. The award was presented to Neo Soho for the commitment to be the newest lifestyle destination with fresh innovations.